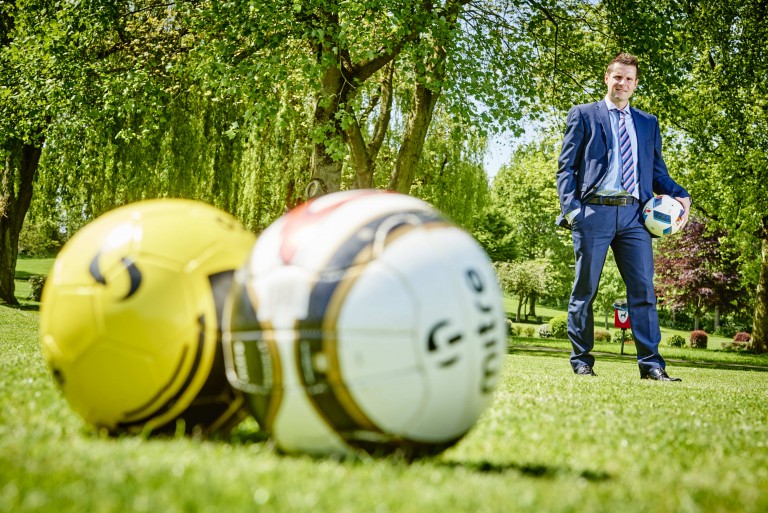 The month-long Euro 2016 tournament will be a minefield for local firms with some workers likely to be absent during the big matches.

That is the alert from Worcestershire employment lawyer Darryll Thomas who says county businesses must prepare themselves for both legitimate requests for annual leave during the tournament – and employees calling in sick to watch games.

Mr Thomas, an associate in the Employment and HR Services division at law firm mfg Solicitors, warned firms they face ‘four weeks of turmoil’ unless they prepare now for the French-hosted tournament, which runs from 10 June to 10 July.

With England, Wales, Northern Ireland and the Republic of Ireland all competing, workers of all nationalities will be looking to cheer on their side, along with staff from other countries working in the region.

Mr Thomas believes the tournament will cause a particular headache for employers of shift workers, with many matches scheduled for 8pm kick-offs. He has also warned business leaders to be ready for 16 June in particular, as England clash with Wales in a key group match kicking off at 2pm.

“It’s going to be an exciting few weeks, but business has to be able to go on as usual,” Mr Thomas said.

“Every part of the UK apart from Scotland will play, and the England vs Wales match in particular is going to be a huge event for fans. Scheduled during business hours, the 16 June clash is likely to be the one that will cause most disruption to business.

“The best thing for employers to do is be understanding and work with their staff, making sure that leave requests can be accommodated and day to day duties covered. Some are even installing TV screens into offices to find a solution.

“The risks are that some staff, a minority, will inevitably go AWOL to watch matches, particularly those being played in the afternoon, or might fail to turn up the day after because they had over indulged. It happened during the London Olympics four years ago and during last year’s Rugby World Cup, so it’s all about businesses looking and planning ahead.

“HR teams have to make sure their absence management policies are in place and up to date and that they have explained clearly any flexible working procedures.”

Ahead of the tournament kick-off Mr Thomas has drawn up an expert checklist for businesses which he says is of particular help for businesses that rely on shift workers.

“Employers must not leave it to the last minute to grant requests, nor should they just assume everyone calling in sick is doing so because of the football. The way to deal with this is to plan ahead and remind everyone what is expected of them and what the procedures are.”

Firms looking for advice on HR and employment law issues relating to Euro 2016 can speak to Mr Thomas and the employment team via 0845 55 55 321 or emaildarryll.thomas@mfgsolicitors.com