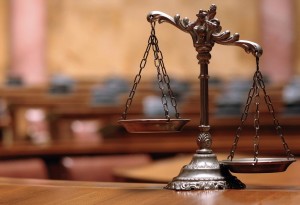 A man whose late mother was conned out of her savings has met with senior politicians to discuss options for improving the protection afforded to those who have lost mental capacity.

Barbara Lewis, from Coventry, had entrusted her friend Margaret Rigby with Power of Attorney. However, after Mrs Lewis was diagnosed with dementia, her friend fleeced her out of around £60,000 – with the money used to fund an extravagant lifestyle.

Mrs Rigby and two of her relations were given suspended sentences last autumn and have been ordered to repay around a quarter of the money – which had been frittered away on cars, holidays and other luxuries.

Now Mrs Lewis’ son Nick is campaigning for changes in the law, which would put additional safeguards in place to prevent others being taken advantage of in this manner.

This week he travelled to Parliament to meet Attorney General Jeremy Wright and Justice Minister Caroline Dineage to discuss his concerns and argue his case for changes to the current arrangements.

Mr Lewis has suggested that anyone with Power of Attorney should face stricter supervision, with requirements to present accounts at regular intervals, along with receipts and other relevant documentation.

He believes that this would make it much more difficult for people to misappropriate funds and that there is a need for urgent action in light of the increasing number of elderly people who are choosing to take out Power of Attorney for fear of developing dementia.

“I am seeking to ensure that what happened to my mum doesn’t happen to others,” he said.

“I was supported by Jeremy Wright in the meeting. There needs to be measures to prevent this from happening again, not just guidelines which are open to abuse.