Wyre Forest Solicitor Honoured to be ordained as a Deacon

A popular Kidderminster solicitor has been confirmed as a Deacon by the Church of England.

Mr Parker, whose title is now officially The Reverend J.T. Parker, can now lay claim to an extraordinary dual career given he will be continuing to practice law alongside his new commitment to the church which stretches across the Cleobury Mortimer Benefice.

Mr Parker, a well-known figure in Cleobury Mortimer where he lives with his wife and two daughters, said; “I am extremely honoured to have been given the chance to serve the church and my community as a Deacon.

“I have been training on a part-time basis for five years to reach the level of Deacon. Although it was difficult due to my busy schedule as a notary public and partner at MFG Solicitors, I could not be happier to finally have the opportunity to dedicate myself further to the church and people across the Benefice.”

Mr Parker, who will help oversee seven parishes including Cleobury Mortimer and surrounding villages such as Hopton Wafers and Milson, is now licenced by the Church of England to officiate at weddings, baptisms and funerals. He will also give regular sermons, visit the sick and elderly and play a role in missionary or welfare projects.

Speaking about the ordination, he said; “The service inside Hereford Cathedral was magnificent and to be joined by many friends and colleagues made the day so much more memorable for me and my family. Well wishes have come from far and wide and I have been touched by everyone’s kind words and support.”

Maynard Burton, a long-term colleague and chairman at MFG Solicitors added: “Everyone at MFG Solicitors is so proud of Justin’s rare achievement. His commitment to the church is unquestionable and he is a seen as a pillar of the community. I have no doubt he will carry out his new role as Deacon, alongside his position of partner and as the firm’s head of commercial property, with his ever-present smile, care and first class professionalism”. 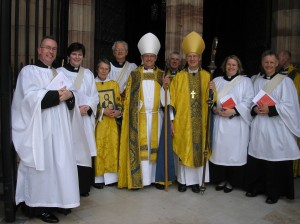 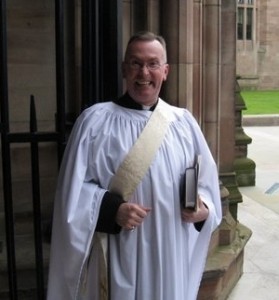